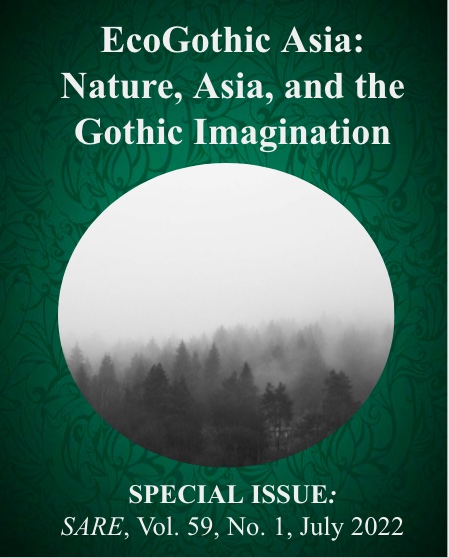 Amid the quietness of ecological awareness in the general Thai artistic circle rise two rare gems: Palme D’Or Thai film maker, Apichatpong Weerasethakul and a Thai cli-fi writer, Pitchaya Sudbanthad. A middle-aged housewife, stuck in an in-between landscape between a modern urban city where she lives with her American husband and a supernatural world of dreams where she falls in love with the sleeping sickness suffering soldier, watches her field hospital being excavated to reveal the ancient ruins underneath with eyes wide open in Apichatpong’s Cemetery of Splendour (2015). A teak mansion in Bangkok built by the family's fortune in teak trade and haunted by memories drenching in family’s and nation’s traumas manifesting as tree spirits, eventually transforms and sinks with the drowned capital in Pitchaya’s Bangkok Wake to Rain (2019). This research paper aims to explicate their representations of social-ecological memories and their subversion of the nationalist and environmental discourse in Apichatpong’s magical-realist mise-en-scènes and film language and Pitchaya’s speculative narrative. This paper also enquires into the nature and critical applicability of EcoGothic in Thai context.