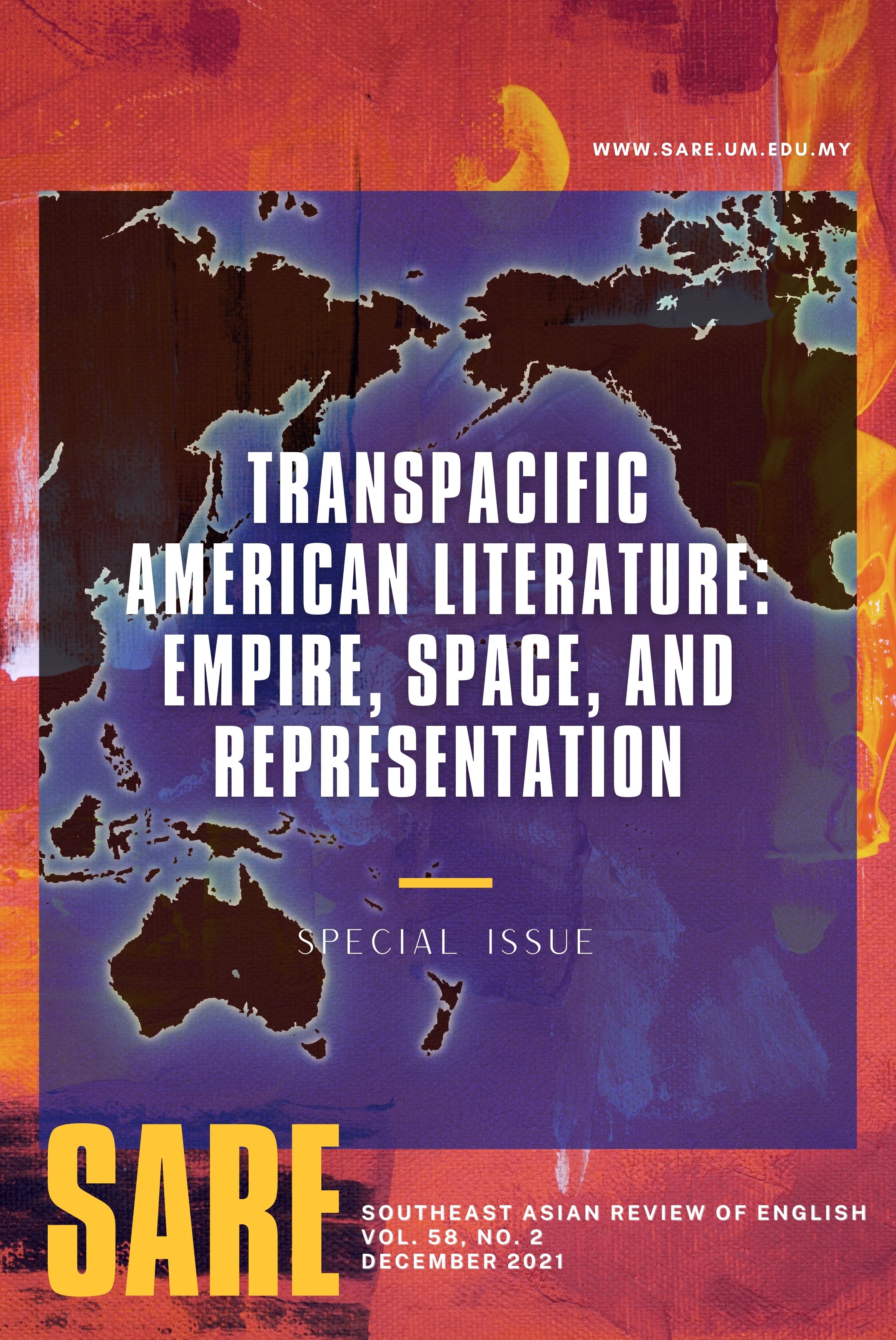 If the Atlantic has historically and culturally been represented as "the Atlantic World" in spatial terms, then the Pacific has always been constructed temporally as "the Pacific Era", "America's Pacific Century", or "the Asia Pacific Century". Indeed, since Admiral Alfred Mahan articulated the concept of sea power and projected the future of the United States into the Asia-Pacific in the late nineteenth century, the Pacific has served as an extended conquest of the Americas in the Western history of consciousness as argued by historian Arif Dirlik. Such an imperial vision and imagination have contradicted the material reality of the Pacific, which involves movements of populations, flows of commodities, and exchange of ideas within the region.

Why transpacific American literature? This special issue seeks to examine the specific ways in which the United States has emerged as a global superpower in the Pacific and how its economic and military expansions have been resisted, negotiated, and appropriated by people in the region. First, what has been the Anglo-American legacy in exploring the Pacific "scientifically", militarily, and economically? Second, how have Asian, Oceanic, and Asian Pacific American authors challenged Anglo-American narratives from manifest destiny to market democracy by approaching US history and culture from "the wrong way",  entailing movements from the Asia Pacific and Oceania to North America? Third, how have the indigenous people of the South Pacific complicated and triangulated the relationship between North America and the Asia Pacific by reimagining "our sea of islands" from the global south?  What has been the meaning and significance of the Black Pacific for North America and the Asia Pacific? And finally, why do the vision and spirit of the 1955 Bandung Conference still matter today?

The special issue ultimately raises questions on the geopolitics of the transpacific:

How do contemporary Asian, Oceanic, and American literary and other cultural texts represent what critics call the post-American world in terms of the rise of the Rest vis-à-vis the West?

How does the US remapping of the Asia Pacific as the Indo-Pacific impact power dynamics in the region?

Why would the US promotion of democracy and human rights matter to the region's stability and prosperity?

How do we understand China's Belt and Road Initiative in the context of the US-centered global order?

What role should ASEAN play in Cold War 2.0 between the United States and China?

This SARE special issue invites papers, of between 5000 and 7000 words, that address, but need not be limited to, the above questions.

The deadline for the submission of full papers is 31 August 2021.  Submissions should be in English and uploaded to the SARE website through the "Make a Submission" portal at https://sare.um.edu.my.

About our Guest Editor:

Yuan Shu (Combined Ph. D in English and American Studies, Indiana University at Bloomington) is an Associate Professor of English and Director of the Asian Studies Program at Texas Tech University, USA. His research interests encompass transpacific American studies and globalization theory, technology and discourse, as well as critical and comparative race studies. He has published essays in journals varying from Cultural Critique to MELUS, from College Literature to The Journal of Popular Film and Television. He has co-edited two volumes, American Studies as Transnational Practice (Dartmouth College Press, 2015) and Oceanic Archives, Indigenous Epistemologies, and Transpacific American Studies (Hong Kong University Press, 2019). His monograph, Empire and Cosmo-politics: Technology, Race, and Transpacific Chinese American Writing, is under revision at a university press. He has guest-edited a special issue on "World Orders and Geopolitics of the Transpacific" for Verge: Studies in Global Asias, 7.1 (Spring 2021). He served as a US Fulbright scholar teaching and researching at the National University of Singapore in 2017, and received an MLA Humanities Innovation Award in 2019.